As Wedding Know How editors, we write about things that we love and we think you'll like too. We have affiliate partnerships and sponsorship and may generate some revenue from these at no cost to you.

All of us have heard of wedding rings and engagement rings, but what are promise rings? What do they mean, and who wears them?

To put it simply, a promise ring is a symbol of love, fidelity and commitment, worn by one or both partners, before a formal engagement. Sometimes these rings can also be worn by a married couple, or given to a child by a parent, as a symbol of affection and loyalty.

The uniqueness of promise rings lies in the fact that it can mean different things to different people.  This is one of the most popular and versatile symbols of love, but there are often lots of questions and confusion surrounding promise rings.

Let’s take a look at 10 frequently asked questions to dispel any myths about promise rings.

What is a Promise Ring?

As the name suggests, promise rings are symbolic oaths between two people, to reiterate their love, commitment, trust and devotion for one another. The ring promises that the partners are willing to give themselves entirely to their significant other.

Promise rings can be traced back to Medieval England, when rings were gifted as a symbol of eternal love. During this period, a ring called the posy, was renowned for having words of poetry and verse engraved on it.  In the Georgian and Victorian era, posy rings were replaced by trendy acrostic rings that carried hidden words or messages.

In contemporary times, promise rings have been spotted on famed Hollywood celebrities, and this has increased their popularity. More people have begun to acknowledge the significance of these rings, and their meaning has expanded to include various forms of love.

Are Promise Rings a symbol of marriage?

Although these rings represent serious commitment, they only signal the initial stages of a relationship. A couple have to go through several other processes, before they enter marital life.

Can Promise Rings be worn by men and women?

Until the 20th century, promise rings were predominantly worn by women, as a symbol of dedication and loyalty. But this trend has changed, and nowadays, promise rings for couples have become popular.  In contemporary times, it is common to see both the partners wearing promise rings.

But the difference between the two lies in the fact that men’s rings are simpler, plainer, and embedded with fewer gems. There are exceptions to this, as some couples opt to wear rings made of the same material.  Promise rings that have the same design, setting and embellishments are known as promise ring pairs or couple rings.

Which finger should a Promise Ring be worn on?

There are no rules that state which finger a promise ring must be worn on, but most people prefer to avoid the ring finger, as it can be confused for a wedding or engagement ring.

Yet there are some couples who like to wear the promise ring on their ring finger, to emphasize the seriousness of their relationship. This gesture can hint at an impending engagement or marriage.

What are some popular designs for a men’s Promise Ring?

Despite the fact that men’s promise rings are usually simpler, there are still several designs to choose from. Some of the popular styles will be listed below.

What are some popular designs for a woman’s Promise Ring?

Promise rings for women are versatile and come in a range of styles. Let’s look at some of the most fashionable designs for women.

What are some popular gemstones for Promise Rings?

Much like engagement or wedding rings, people desire their promise rings to be embedded with diamonds. But compared with other rings, promise rings are set with smaller clusters of stones, and are considerably less expensive.

This is because promise rings are considered to be a temporary marker by some and will be either be customized or replaced during an engagement. In recent times, however, semi-precious gemstones have become a popular alternative to expensive diamond rings.

When choosing a gemstone, you could opt for birthstones to add more meaning to the ring, like this gorgeous dual gemstone promise ring.

What is the difference between a Promise Ring and an Engagement Ring?

Promise Rings signify a strong emotional bond that has not yet been ordained by a formal institution. Engagement rings on the other hand, reflect the acceptance of the relationship by law or religion. While both are symbols of love and affection, the former is highly personal, without the involvement of family, society or institutions.

In terms of appearance, engagement rings are often flashy, with a large solitaire diamond. Promise rings are made with simple bands of silver or gold, smaller diamonds, or other gemstones. In terms of style, promise rings are similar to wedding bands that feature smaller stones, set within the groove of the band.

Engagement rings are worn on the ring finger, but a promise ring can be worn on any finger, depending on the couple’s taste and preference.

What is the difference between a Promise and a Purity ring?

Promise and purity rings are often used interchangeably, but there are certain differences between the two.

Purity rings are a symbol of virginity, chastity and sexual abstinence and are a type of promise rings. However, the meaning of a promise ring depends on what the couple decides it should mean.

Purity rings are mostly designed with plain, precious metal bands, and are usually engraved with a word or message. Promise rings on the other hand, typically feature diamonds or other valuable gemstones embedded into the band of the ring.

What are the symbolic meanings of Promise Rings?

Promise rings are worn for their symbolic meaning and significance. Let’s take a brief look at some of the things that promise rings represent.

Moonstone vs. Opal – Similarities, Differences and Which is Better

What Is Kyanite Jewelry? 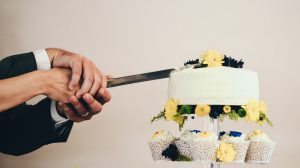 The Most Popular Wedding Cake Styles and Flavors 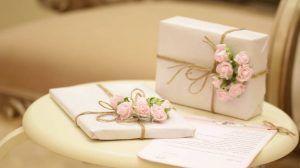